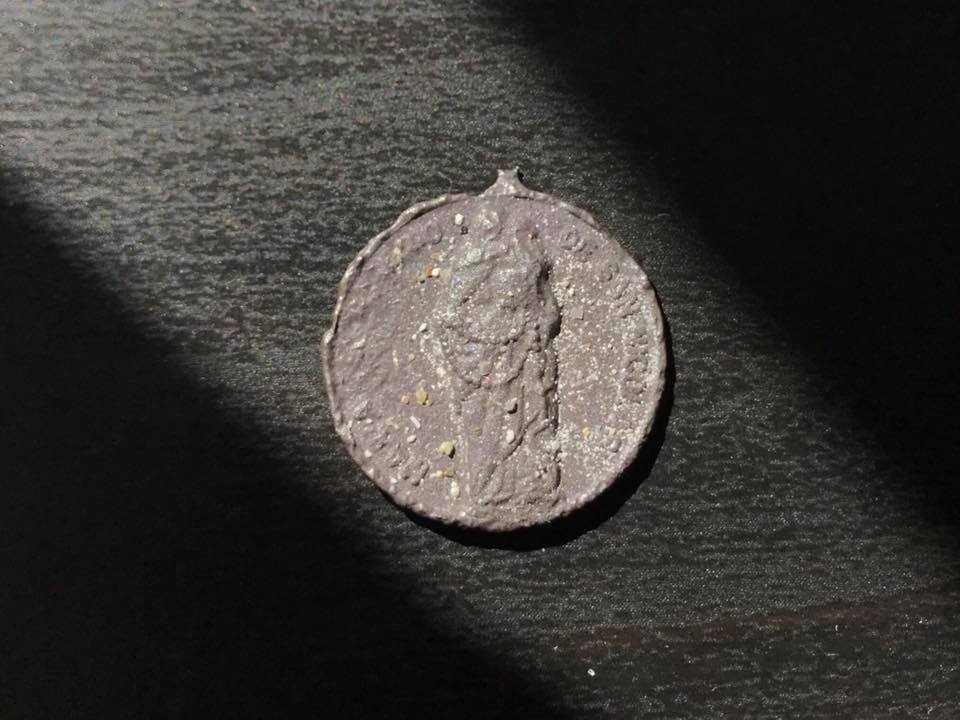 This find is another one in the “I thought it was a coin” file. the size made it seem like a U.S. quarter, but when I wiped away the sand using my thumb and fingers, I could feel that there was a raised area.

I thought perhaps it related to the Catholic faith and so did my parents and sister, who I roped into the mystery over text messages.

Looks like a person holding a kid to me.

Yeah it does. Maybe St. Joseph?

It took quite some time, after the pendant dried, to make out the words which are: MARIA DEL ROSARIO DE SAN NICOLAS

Knowing that, I was only a Google search away from knowing more about this relic. Maria Del Rosario De San Nicolas or in English, Our Lady of the Rosary of San Nicolás is a title of veneration of the Virgin Mary in Catholicism. It dates back to the 1980s in the city of San Nicolás de los Arroyos, Argentina. The image of a standing Madonna offering rosary beads to the faithful, resembles Our Lady of Mount Carmel.

So we weren’t too far off! That puts the date on this sometime after 1984. Judging by the look of this relic, it had been buried for a long time. This was found after a storm that washed away several feet of sand and exposed many older items for me to find.