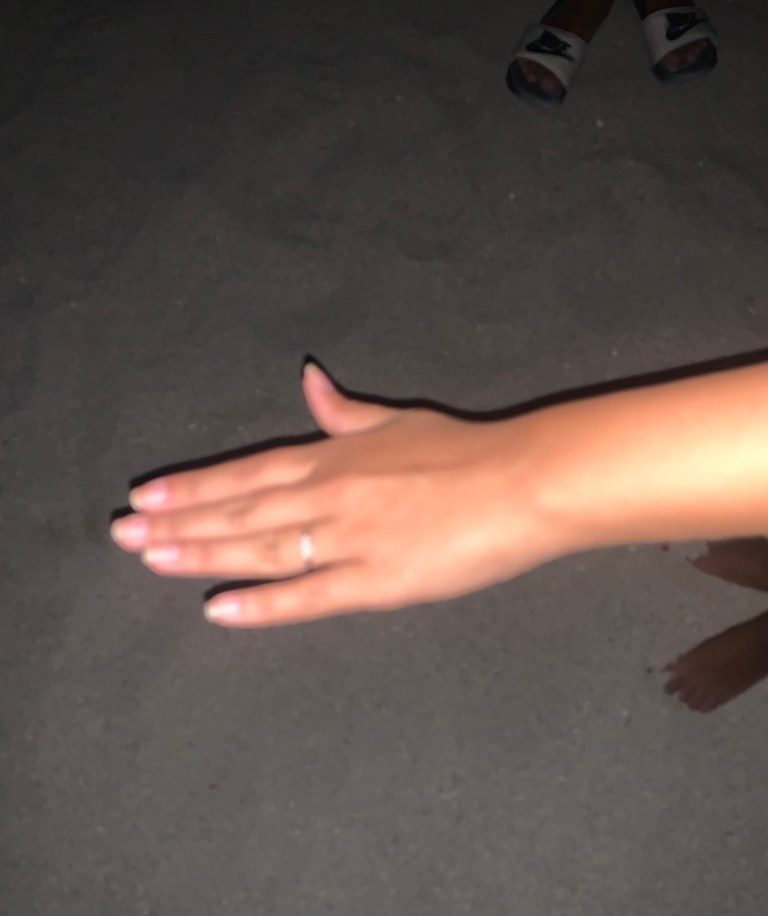 The beach had only recently re-opened from COVID-19 closures when I received a call from a couple who had just lost an engagement ring and the day was turning to night quickly!

I hopped on my bike and met them during the beginning of twilight and they explained the scenario. The ring was flung from their towel while packing up to go home. They immediately knew it happened and decided to rake around in the sand. They couldn’t find it themselves and that’s when they found theringfinders.com and gave me a call.

The rake they borrowed from the lifeguard tower probably made the search a bit harder – pushing sand around and increasing the potential for it to have moved or become buried further.

We only had about 30 minutes before it would be completely dark, so I made note of the area in case I would have to return the next morning. The area was also full of junk signals, so it was a challenge to determine how this very thin gold ring would sound among all the pop tabs.

They had just left me to return to their car when it popped out of the sand – using my headlamp to see and confirm, I called them back to the beach and return it to her hand. 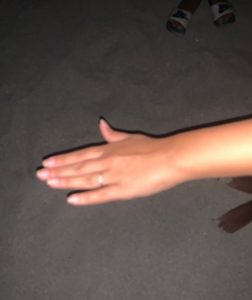 We couldn’t manage to get a nice photo in the dark and unfortunately lost touch when they returned home, but they were so happy to have this ring back where it belongs. They are a little shy about appearing in a photo for me, so unfortunately I only have a blurry night photo.