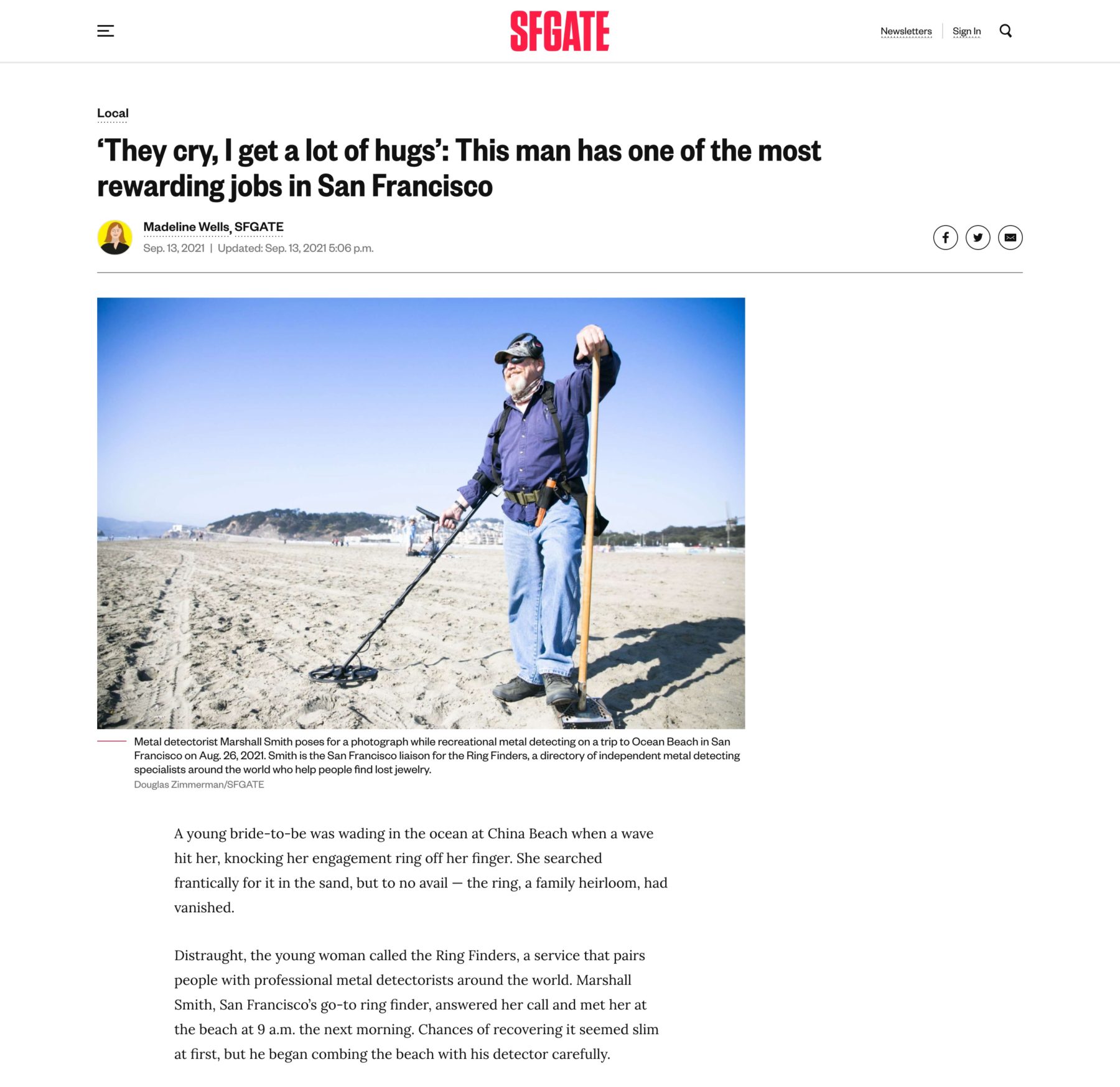 A story posted by SFGATE, the digital home of the San Francisco Chronicle, features metal detectorists in the city who have helped locals find their lost items through the website RingFinders.

Just like the detectorists listed in the story, Marshall Smith and James Badgett, I am also listed on the RingFinders website. I have been listed there for several years now, originally in the Miami, Florida area. You can see some of my stories on geekybeach.com, like an amazing ring recovered for a Florida tourist!

Now that I have relocated to San Francisco bay area, I am listed for Stinson Beach, which is a common tourist beach location in Marin County.

Be sure to view the story, because there are some really great photos and stories from the detectorists featured!